This section details our spousal eligibility requirements and questions you may have concerning the coverage. 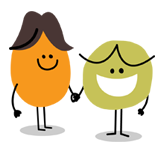 Is my spouse eligible for coverage?

If your spouse's medical and/or dental plan is an HMO, they cannot be covered under a McClatchy plan.

How will my spouse's claims be paid if McClatchy coverage is secondary?

The spouse's employer will pay for any claims first, as specified in that plan’s contract. McClatchy’s plan will coordinate benefits with the other employer’s plan and cover any remaining claim costs per our contract.

Can my children be covered under McClatchy's plan and my spouse's plan?

Children or dependents can be covered under the spouse’s plan and/or the McClatchy plan. If they are covered under both plans, the health plan of the parent whose birth date is the earliest in the year will provide primary coverage.

What happens if my spouse loses eligibility through their employer?

A change in your spouses eligibility is what we refer to a "life event" and allows you to make changes to your benefits mid-year. Please refer to the gain/loss of other coverage page for more detailed information on this process.

The Livewell Team is here for you.